“The choice of main engine will depend on the purpose of the vessel. There are several technologies available, but you still have to secure the logistics for providing energy to the engine. However, if you do have to choose an engine concept, the answer is not so obvious anymore,” says Paul Winson at Norwegian Electric Systems.

It was so much easier before. Put simply, the question we used to ask was how large a fossil fuel engine do you need to get your vessel up to the required speed. Today, you read about fossil fuel engines competing with fuel cells, batteries or LNG-engines producing electricity for huge electric motors. And let’s not forget solar cells . Then there’s the question of how many engines you need running to comply with safety requirements and the issue of redundancy for “duplication of critical components with the intention of increasing reliability” of the engine system.

Even if coal is cheap, nobody would install a coal-ﬁred steam engine in a vessel today. The smoke from the coal is simply not acceptable. Paul Winson explains: “The challenge is to meet governmental requirements today and for an adequate number of years ahead – meeting the political demands of an ever-decreasing or even zero environmental footprint from your vessel. We already have the technologies for this, and the most recent are dropping in price as more and more ship owners are willing to try them. In the long run, you have to equip the vessel in way that makes her commercial, too.”

LNG
Liquid Natural Gas has been an issue in the business for many years. The greatest challenge was to secure fuel for the vessels. These days, LNG is available at most leading ports. However, it is still a fossil fuel energy carrier, even if it pollutes far less than ordinary diesel or heavy oil in combustion engines. For the time being, LNG has quite remarkable political support, but who knows how long that will last. Many observers believe LNG engines will bridge a gap towards far more environmentally friendly fuels and engines.

Hydrogen
Hydrogen is a newcomer in the shipping industry. It was recently announced that Hurtigruten, the operator of a large number of combined cargo and cruise passenger vessels along the Norwegian coast, will build new vessels running on hydrogen with fuel cells. The vessels will combine the fuel cells with batteries (more about this later). The major issue here is that the vessels (there will be many of them on this route) will charge hydrogen fuel at eight speciﬁc ports along the coast, in combination with 36 (!) ports with battery charging facilities available. That says a lot. About hydrogen.

Another aspect regarding hydrogen is how it is produced. The fuel cell creates electrical energy and water. This make them “clean”. But how do you produce hydrogen – clean hydrogen – itself? There are mainly two method. You can make it from hydrocarbons (a fossil fuel product). This process requires a lot of energy and creates emissions that are harmful to the environment. The other method is through electrolysis. The process is simple if you have clean water and a lot of electric power. The downside here is that you need quite a lot of energy, and you still need processes to cool the hydrogen gas to transport it as ﬂuid gas. There might be hydropower stations along the Norwegian coast that are suitable for this kind of “clean” production, but this is not the case in other parts of the world.

It has to be said that there is not much experience from long-term use of large fuel cells. In that perspective, Hurtigruten will provide important experience for all the parties involved; engine producers, service personnel, fuel providers and maritime engineers and designers.

Batteries
Battery technology has developed rapidly in recent years. Capabilities have increased while the price has been halved every second year. To say that this technology has attracted major interest would be an understatement. This area is witnessing an explosion. The market for batteries is enormous. Imagine laptops, mobile phones, cameras, cars, even bicycles – you name it. In the shipping industry, batteries have been regarded as something very promising and interesting.
A vessel of a certain volume will have space available for storing batteries. Even the weight of the battery packs is a minor problem. Until recently, the challenges have related to price, energy density and charging time. All three parameters are or soon will be solved. Prices have fallen signiﬁcantly due to larger production scale. New battery factories are being built and the increased production capacity will bring the prices down.

The capacity in each battery cell has increased. There is an enormous scientiﬁc effort going on all over the world to improve battery capacity, in both well-known technologies and, until recently, by exploring unknown materials. One issue here is the energy needed to produce a battery. In a life circle perspective, this will matter, and the industry has to take this perspective into consideration.

New batteries and new ways of charging them go hand in hand. By using induction, charging can start before the vessel has come “to a complete stop” as they say on an airplane after landing. The power transmitted through the charging device per period of time has also increased. A ferry carrying passengers and cars across 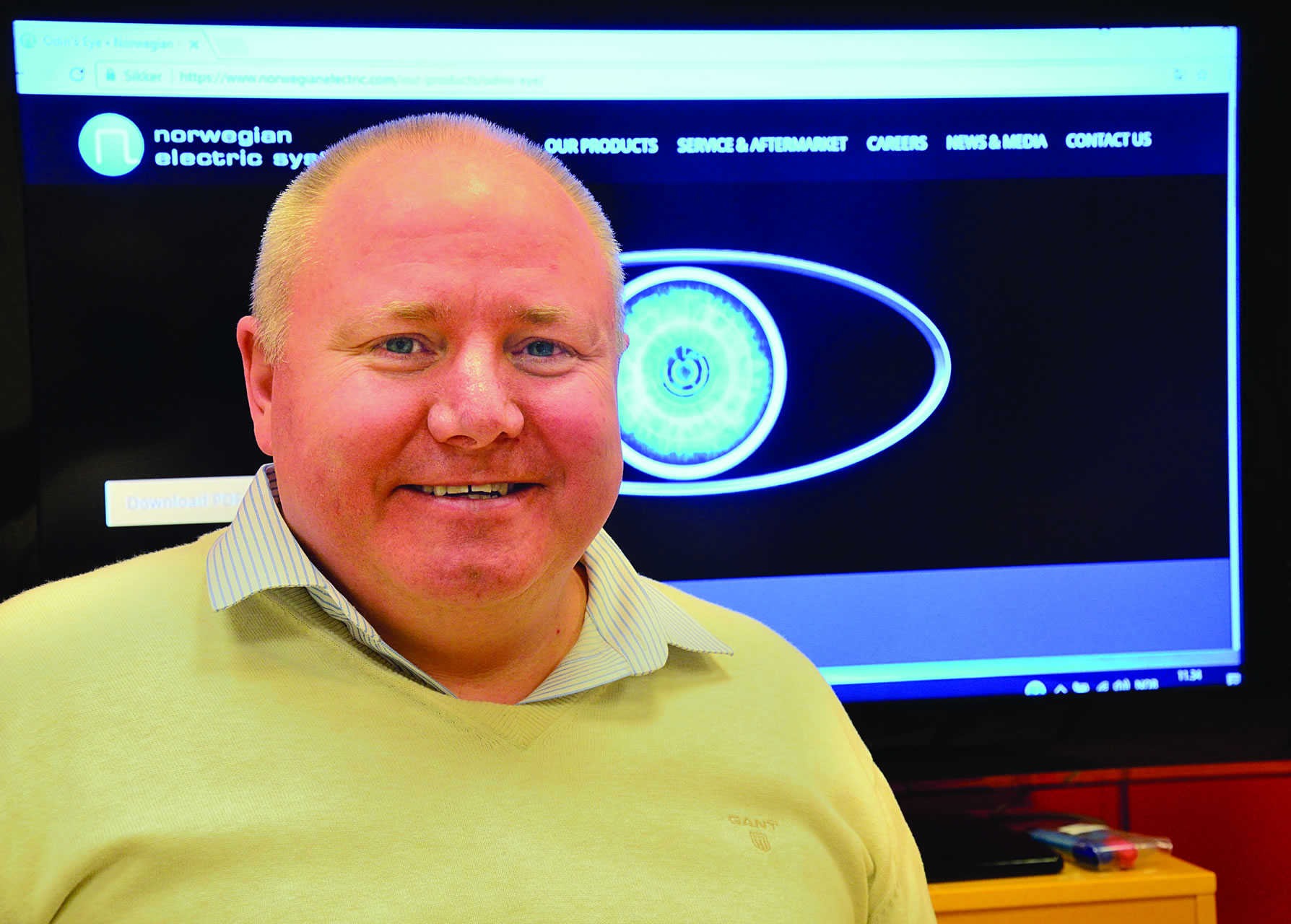 CRYSTAL BALL: In the future we will see a number of mixes of energy sources and engine concepts, Paul Winson believes.

fjords in Norway charges in ten minutes every time they reach the quay. This is enough power to cross the fjord. These ferries have no fossil fuel engine on board. These days, the Norwegian governmental transportation authority expect new inland (meaning fjords and not oceans) ferries to be completely carbon-neutral, and the use of batteries for energy storage seems to be the preferred solution.

technologies. Take battery charging equipment, for example. There is still no ‘standard’ plug or connection method for marine vessels available today. Not even within the EU. There is still a huge job to be done if batteries are to be a solution on a larger scale globally. On the other hand, at least this process has begun.

Moreover, we all need to obtain more long-term experience. A vessel will last for 20 to 40 years, and I am grateful for companies that are willing to try new solutions. In the short-term perspective, I think ordinary fossil fuel engines in combination with battery

packs will become common. This will allow for a reduction in pollution from the main engine in vulnerable areas, and the batteries will reduce the need for an extra engine to be running due to redundancy requirements. On our own behalf, we will be testing fuel cells to gain more experience.

I believe we will see a number of mixes of energy sources and engine concepts in the engine room in coming years,” says Paul Winson. His opinion on solar cells: “This is interesting technology, but not for ordinary vessels. Not yet.”

Energy used for distillation/production not included. The total energy efficiency will vary signiﬁcantly among the various sources before the energy carrier has reached the vessel.